Hügelkultur (hoo-gul-culture) was coined by German horticulturalists Hans Beba and Herman Andra in the late 1970s and translates roughly as “mound culture”. More recently it has gained popularity through the work of the Austrian permaculturalist, Holzer Sepp.

At its simplest, hugelkultur is the principle of building a garden bed of wood covered in dirt. In reality, it’s a little more complex than that.

A better description is:

A Hugel is a garden bed constructed on top of composting wood debris and other organic matter using “lasagne” style layering.

Wood in the hugel breaks down to become humus, feeding the plants, and helping to retain water.

There are several different ways you can build a hugel bed.

A traditional hugel is a mound built directly on the ground.

A traditional hugel is easiest to build, but the least water efficient. 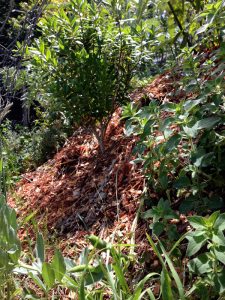 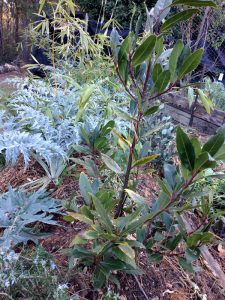 A sunken hugel is a trench filled with wood so that the top of the hugel is level with the ground, and looks like a conventional garden bed.

A sunken hugel is the most water efficient form, but takes the most effort to construct. 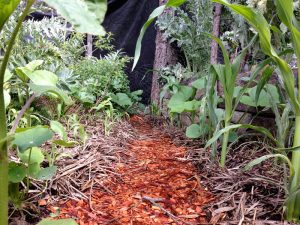 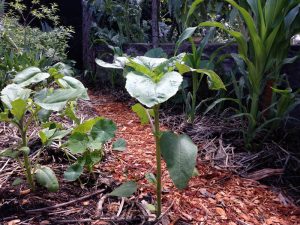 A hybrid hugel is partly sunk into the ground. It can be edged with wood or metal, or built to look like a conventional raised bed. 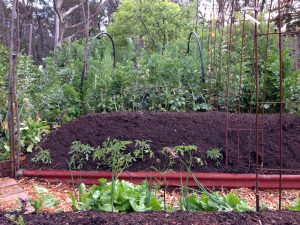 Hybrid hugels are quite water efficient, especially if you use deep woodchip paths or swales in conjunction with the hugel to help retain water in the adjacent soil. 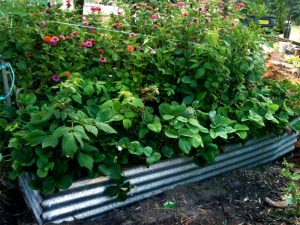 A hugel stack is a series of sunken hugels like chimney stacks built between conventional beds.

This is best used when planting fruit trees which cannot be planted on top of a hugel. The stacks provide nutrient and water to the adjacent trees. 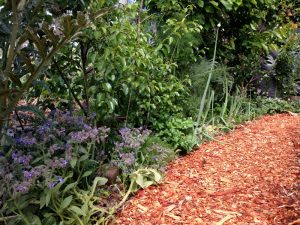 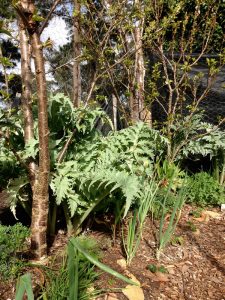